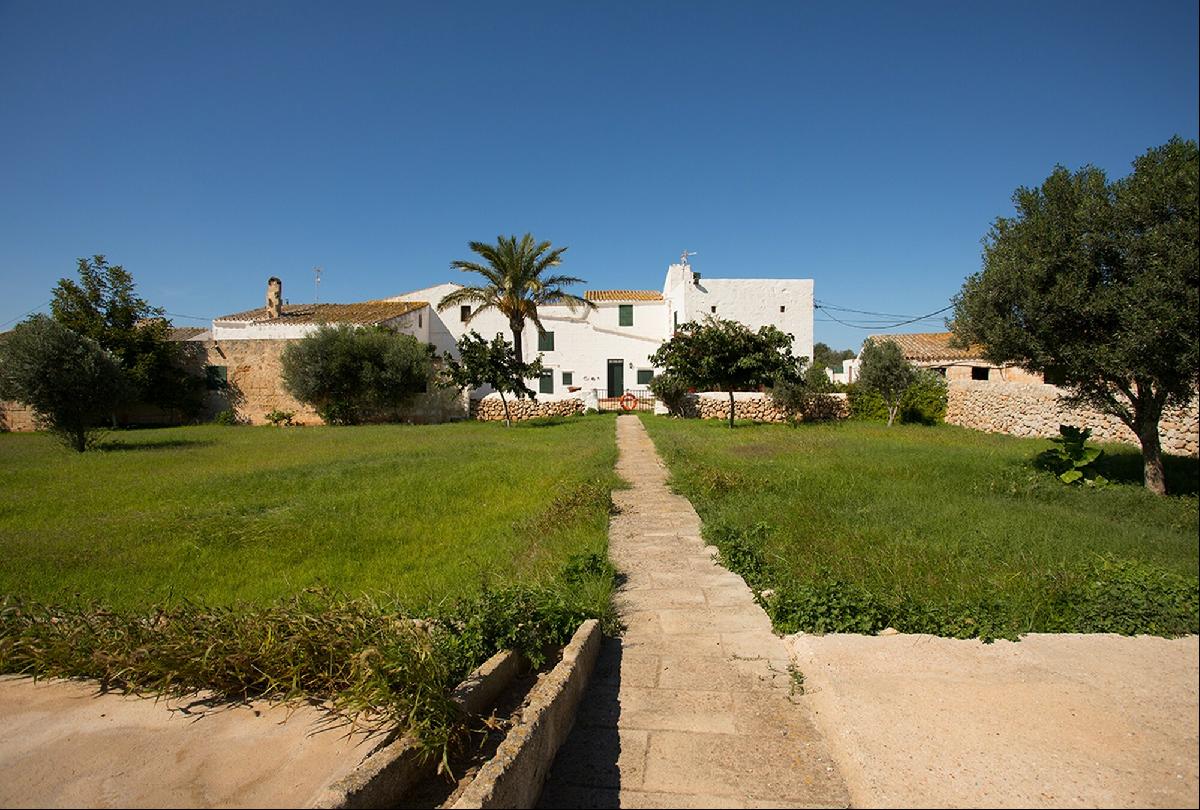 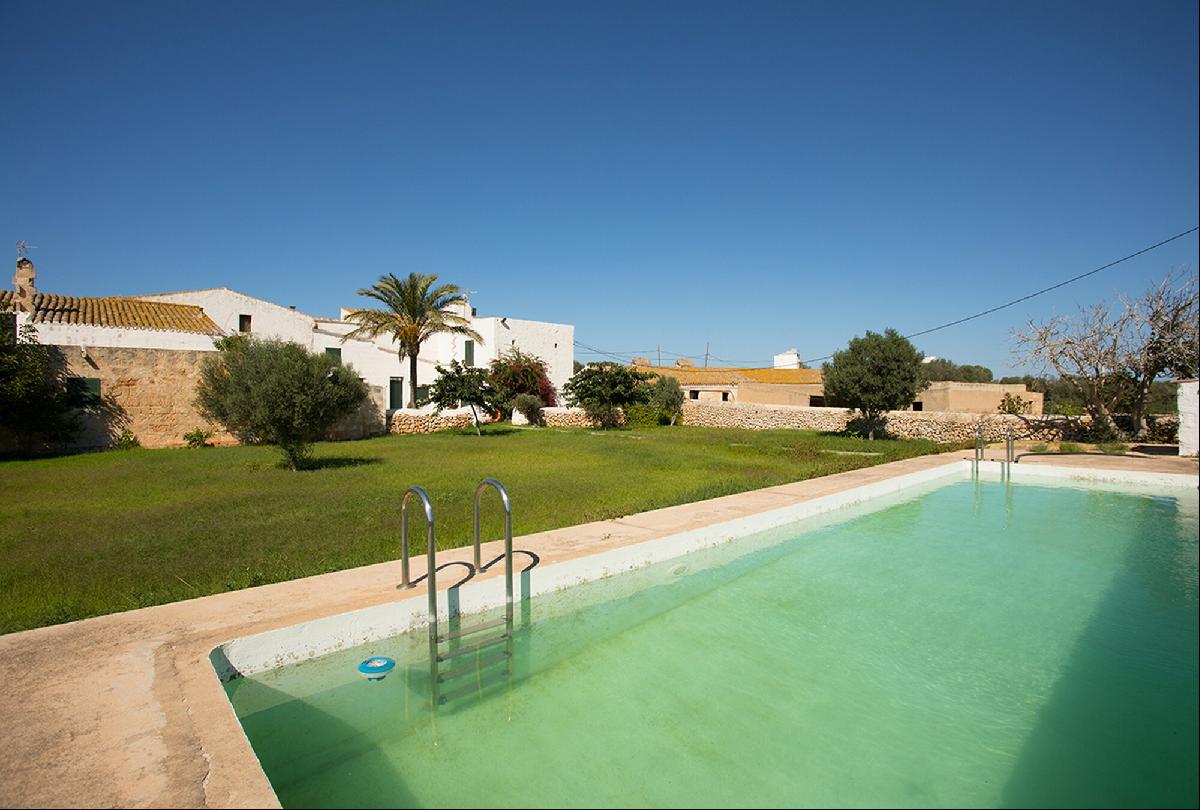 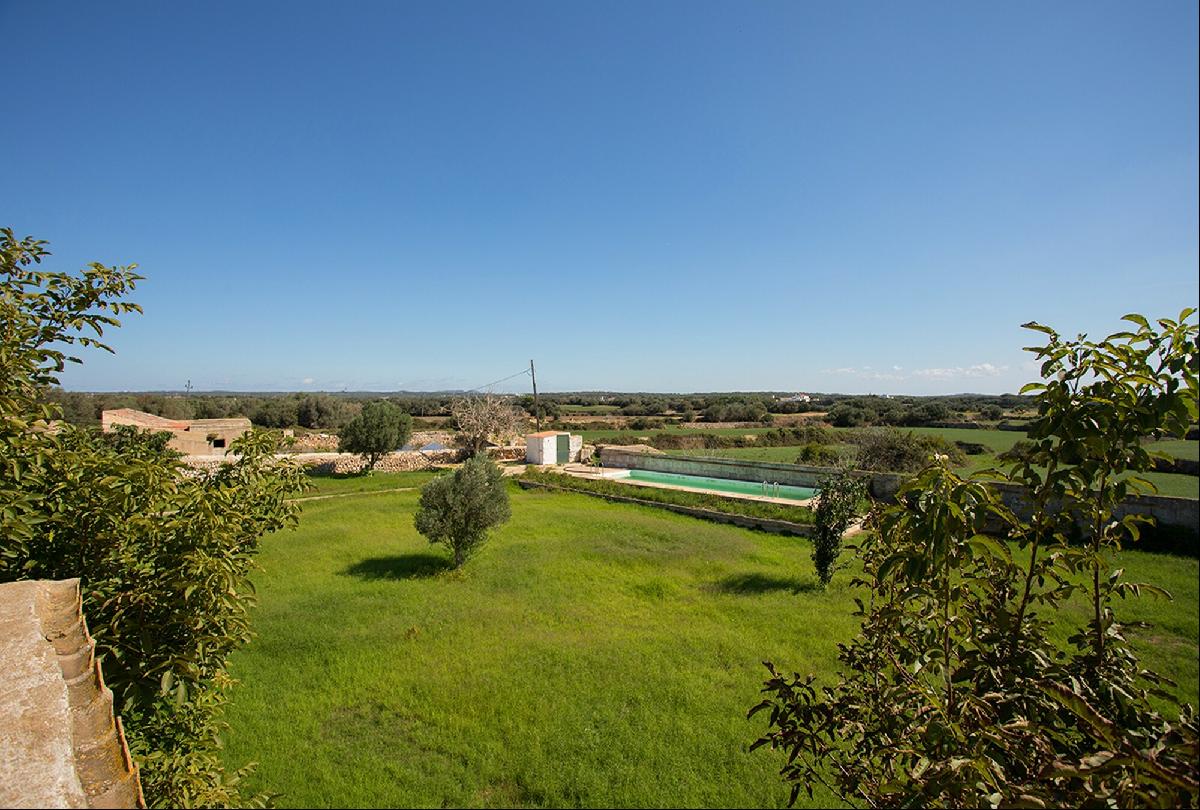 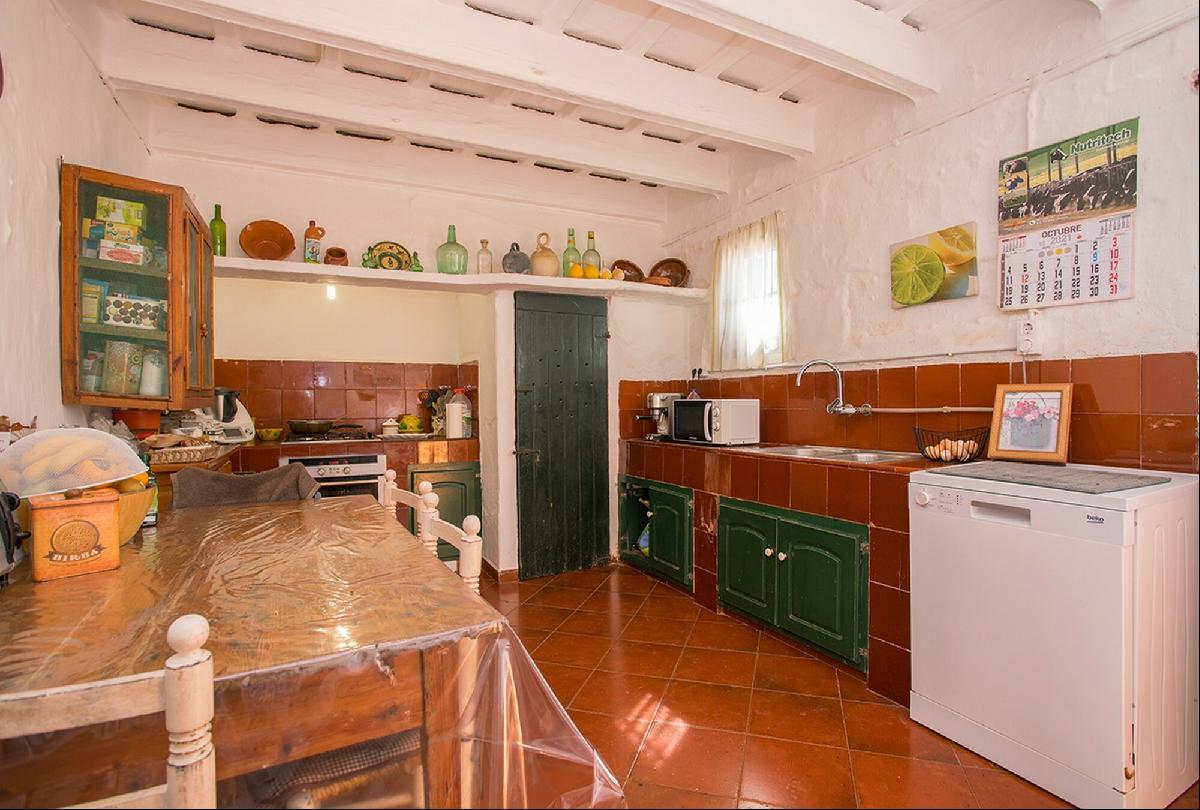 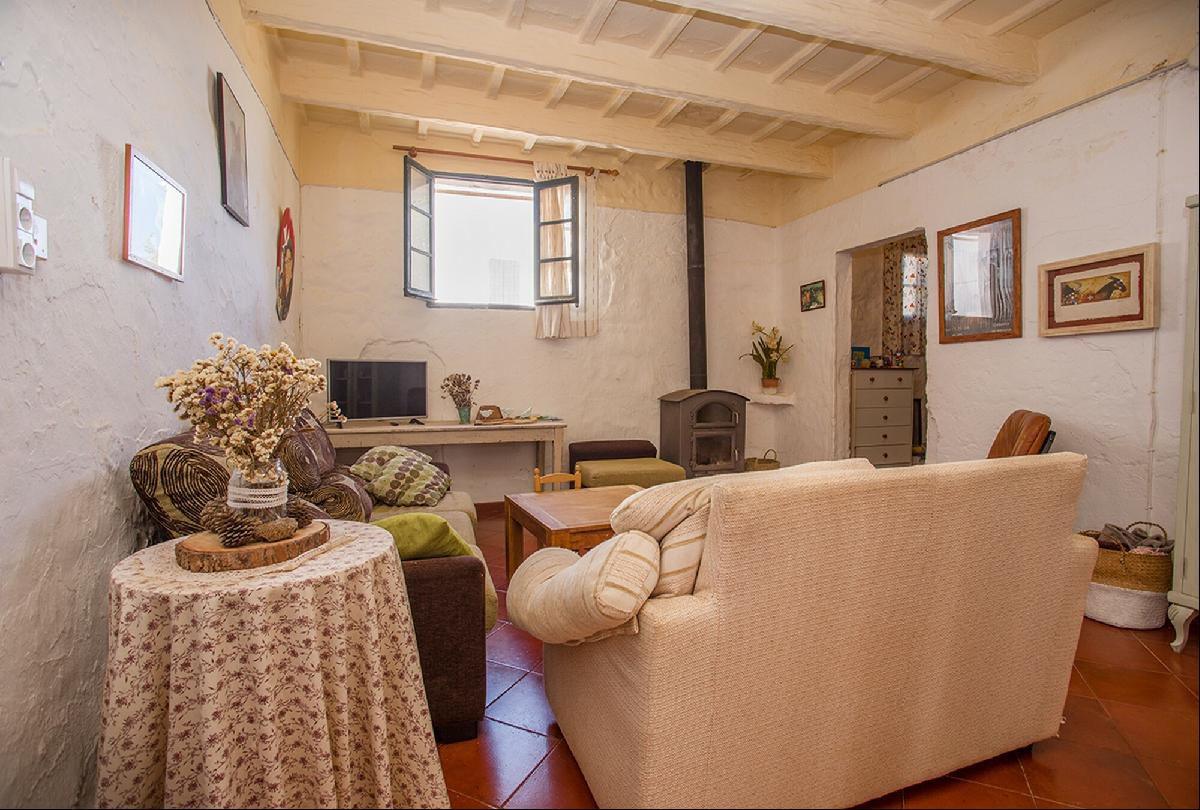 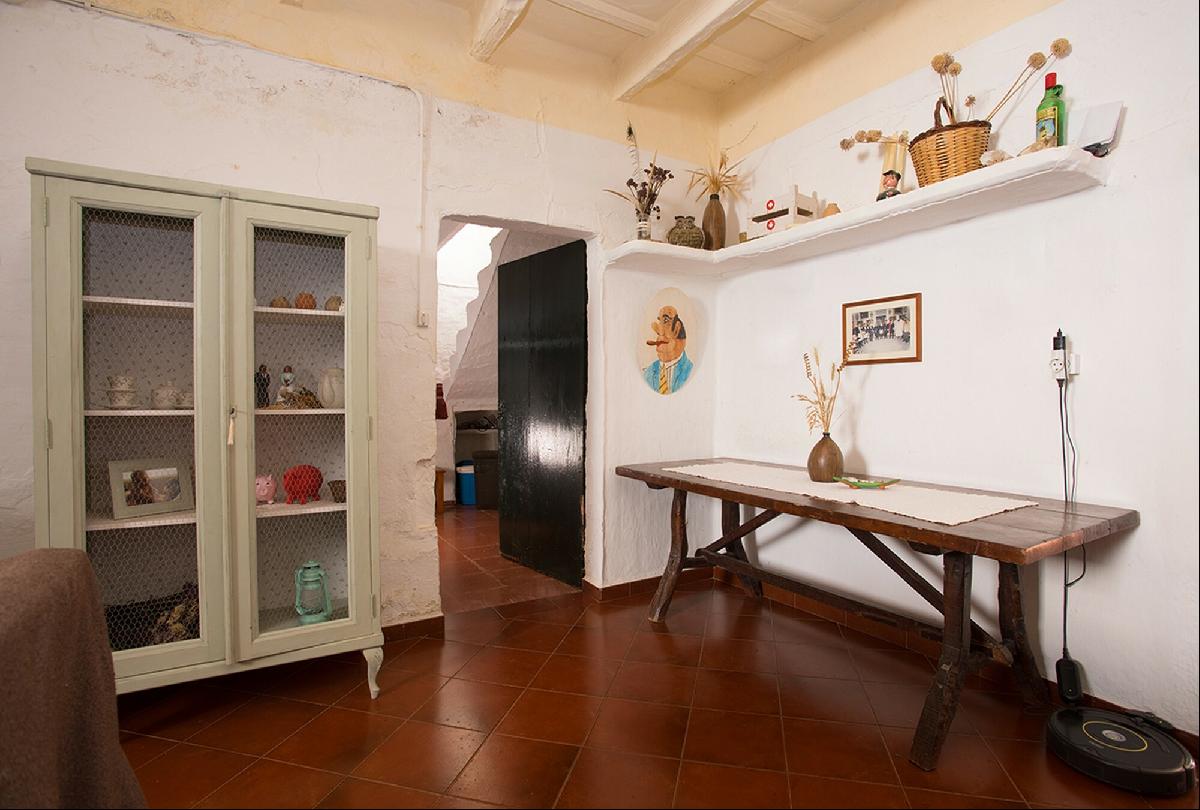 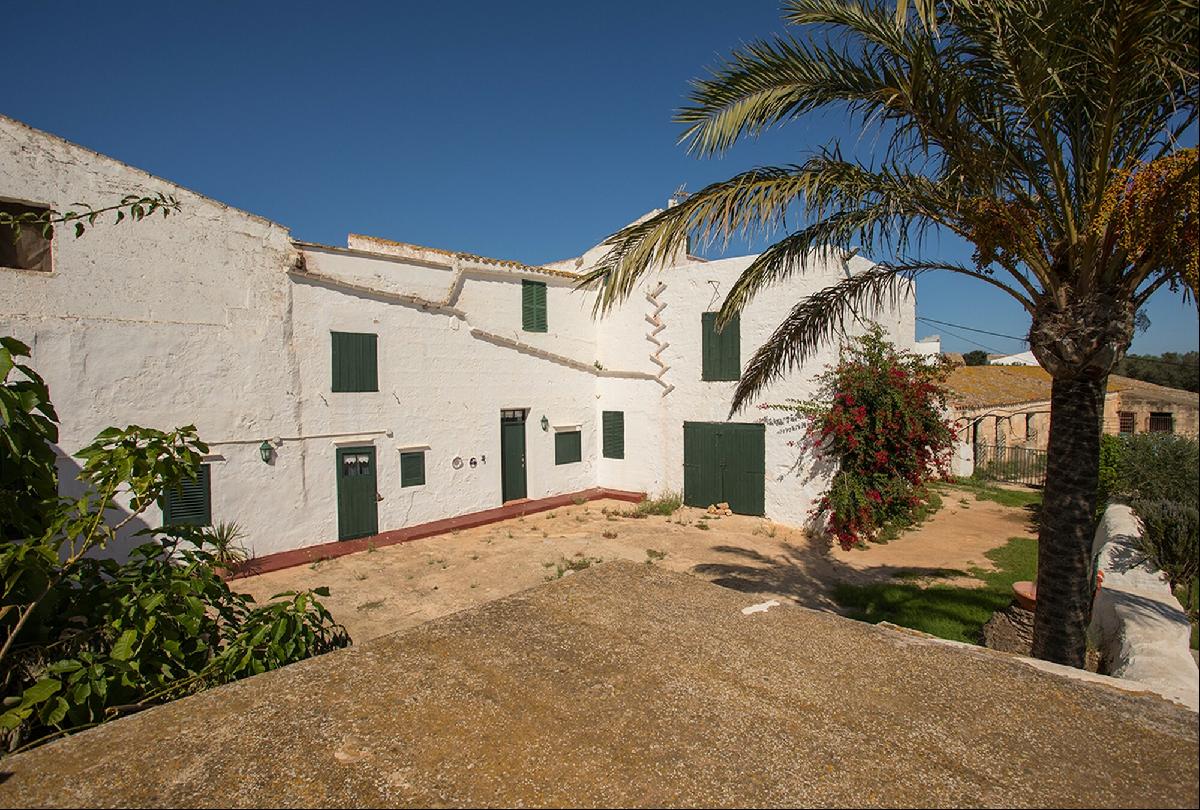 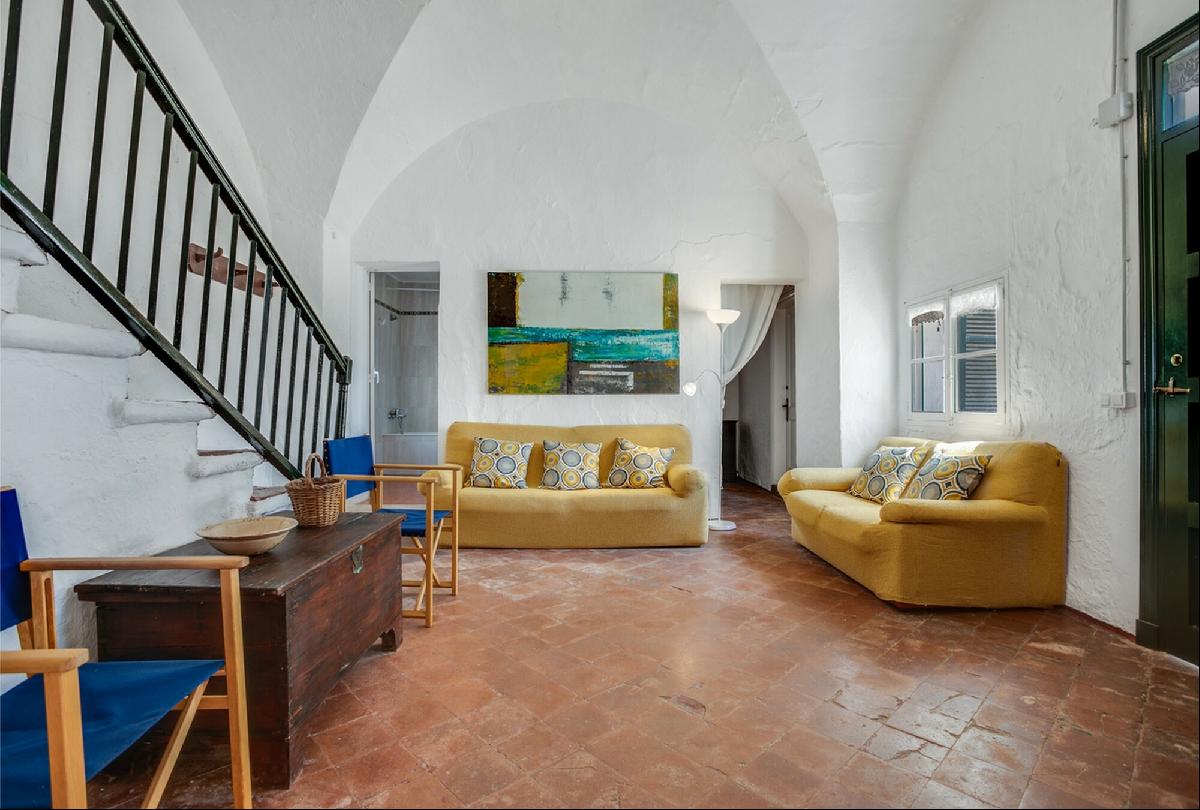 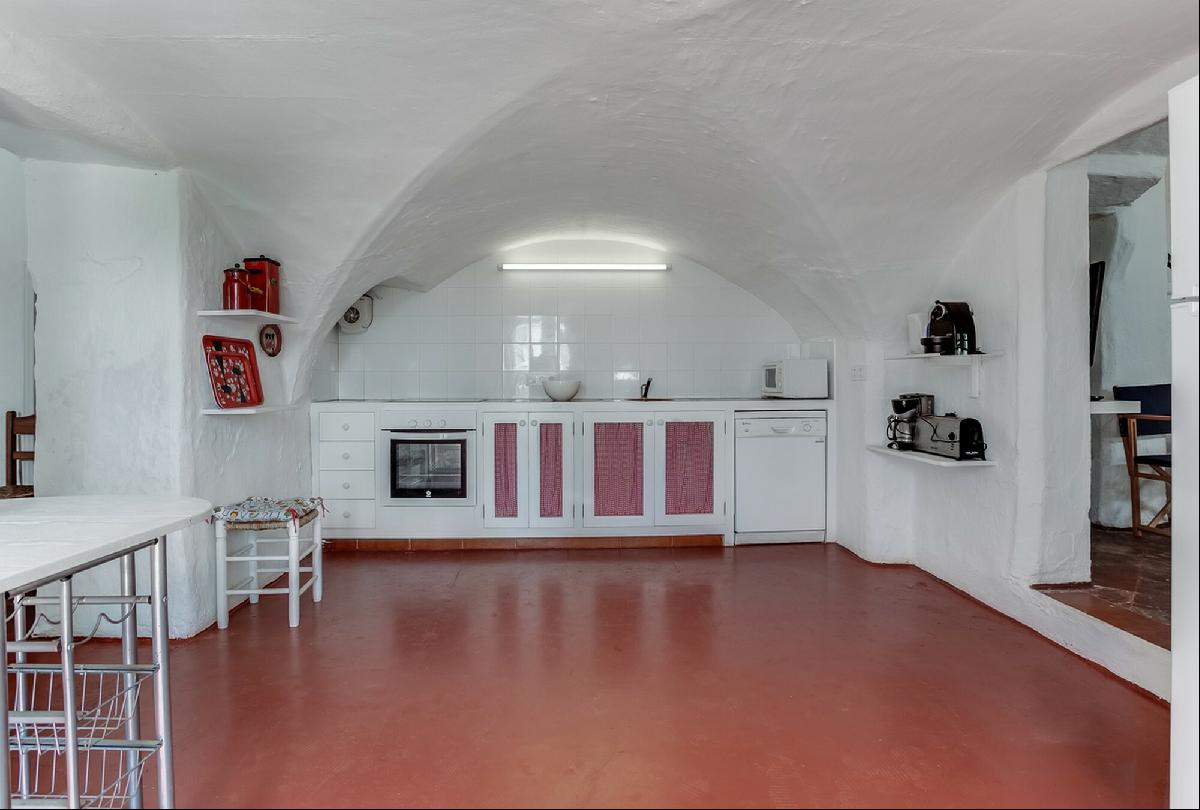 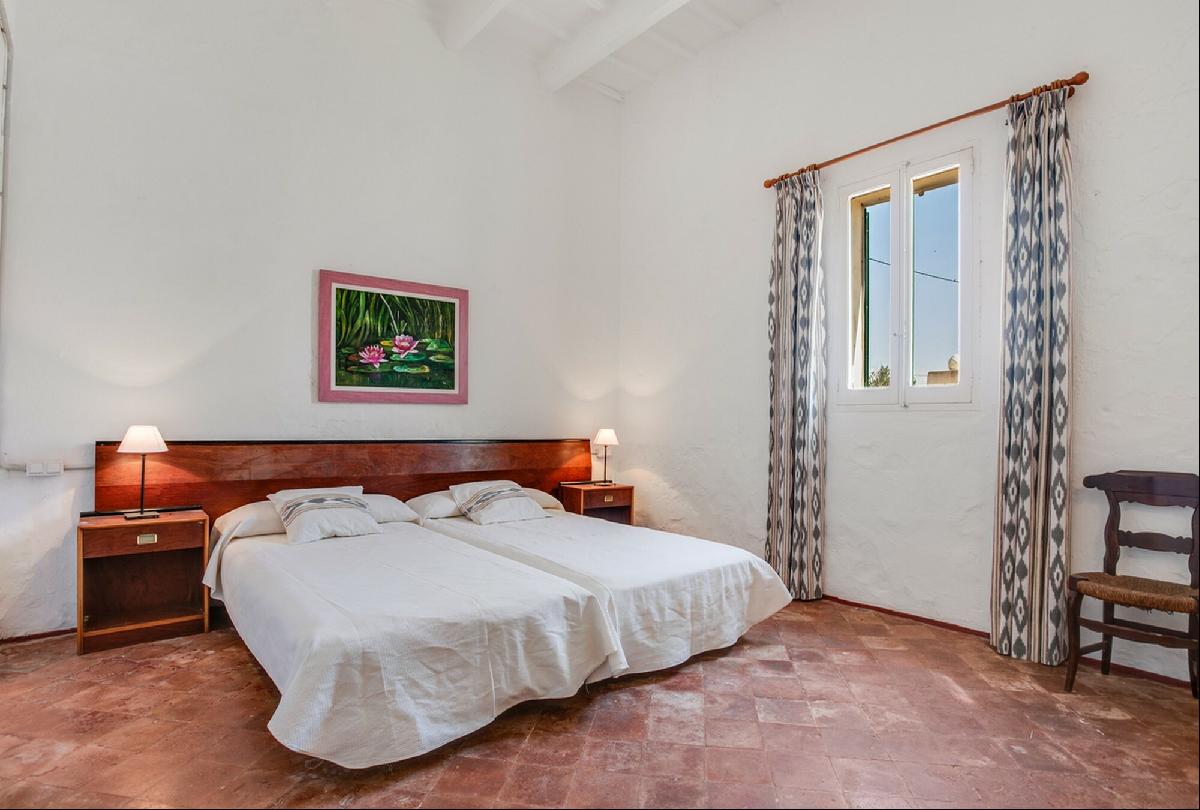 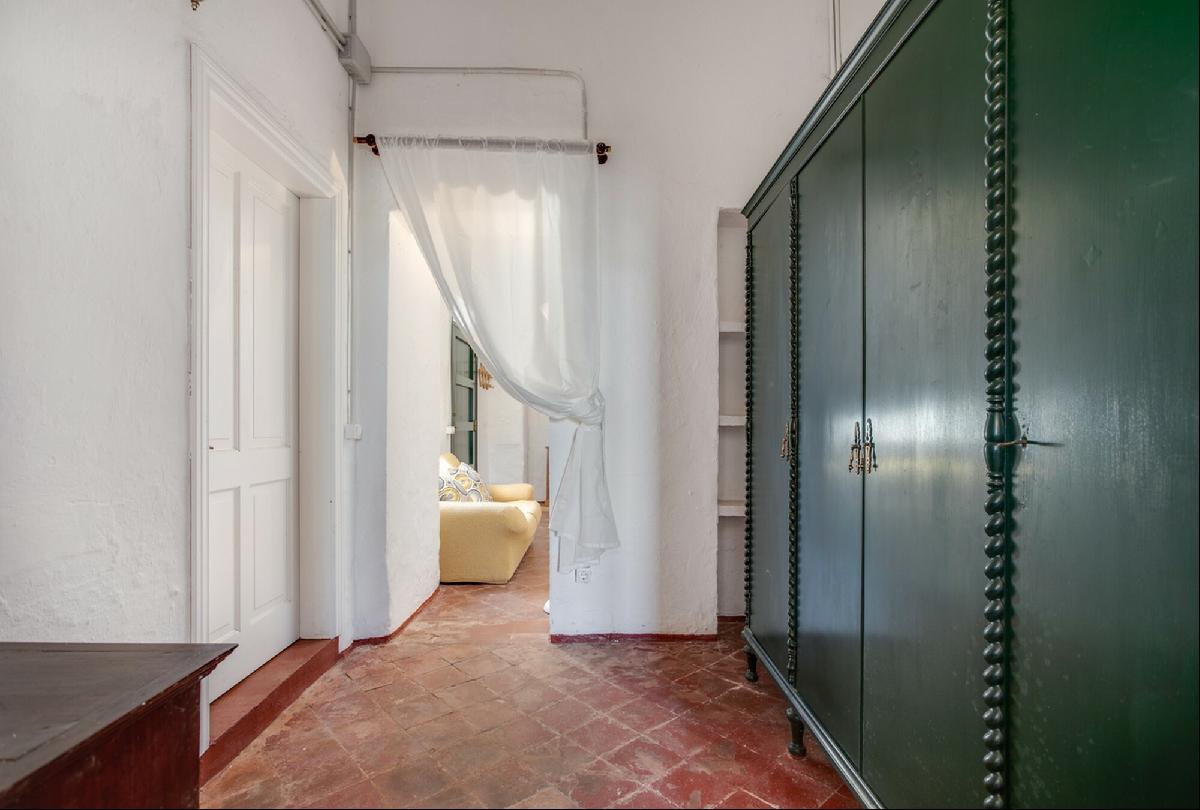 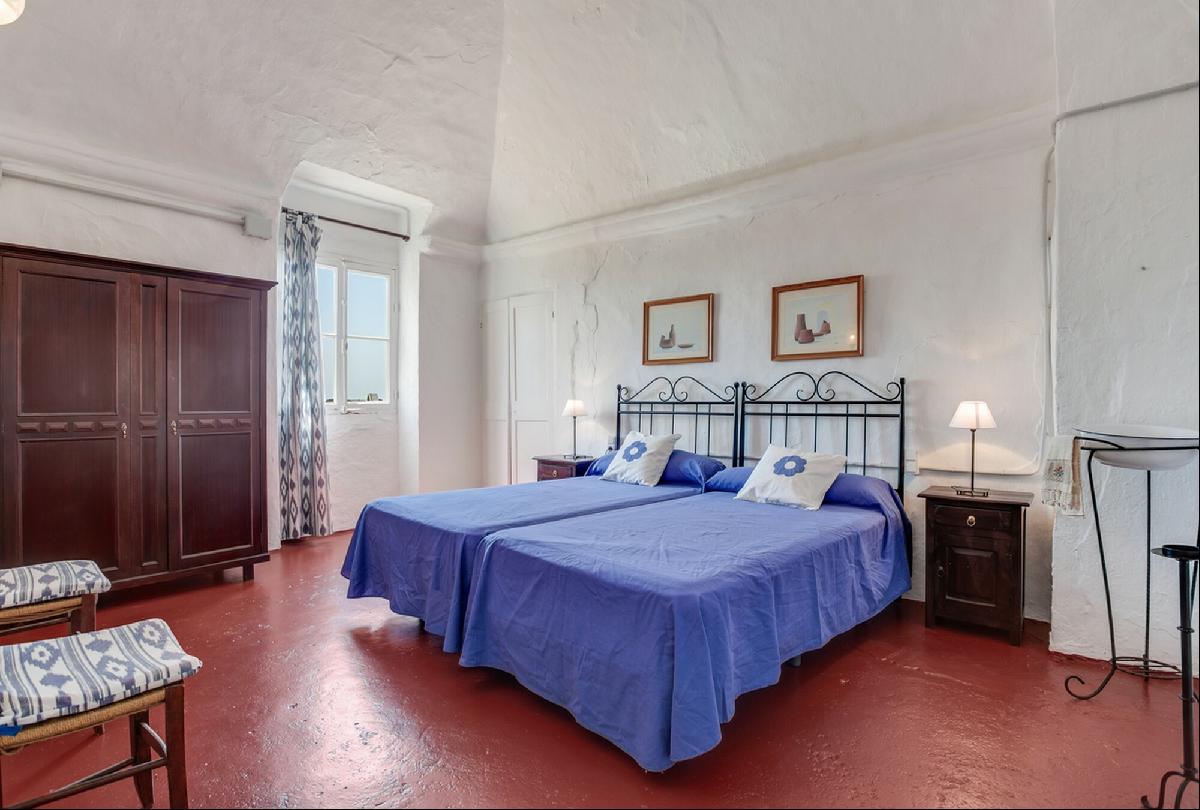 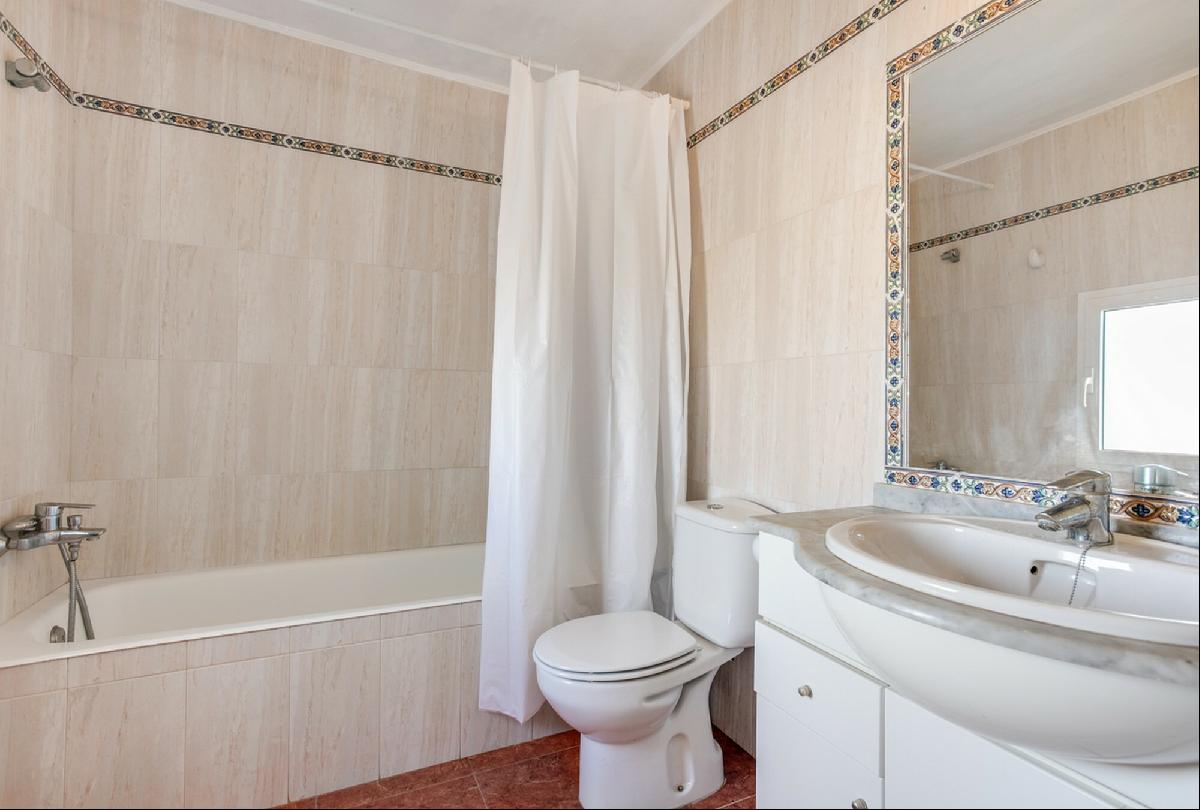 Fantastic 19th century finca located at about 5 minutes from the beaches of Cala Blanca and Cala Santandria.
The property has an area of 592 m2 on a plot of land of 85 hectares.
It consists of two houses, one of them with tourist licence. They reflect the typical Menorcan style with thick limestone walls and original floors, windows and doors.
The layout is developed on the ground floor, first floor and roof terrace. A hall, two equipped kitchens, a dining room. Four double bedrooms, one of them with an en-suite bathroom, a single bedroom, and two bathrooms.
Two stairs lead to the first floor, which has seven rooms, four of them are double bedrooms. This area could be renovated to create at least six more bedrooms with bathroom. It has access to the roof terraces, which offer fantastic panoramic views.
At the front of the house, a spacious terrace leads to the garden area with pool.
Some stables with the possibility of being refurbished or for agricultural use and three wells. An old stone path leads to Cap d'Artrutx, one of Menorca's iconic lighthouses.


Ciutadella is considered the historic capital. The Old Town is characterized by stately palaces and ancient buildings, such as the Theater d’Es Born.Ciutadella is also the episcopal seat of Menorca, here there are some of the most significant religious buildings. Among them, the Cathedral of Menorca, a built on an old mosque, stands out.The port of Ciutadella is one of the most emblematic places in the town, with an interesting selection of bars and restaurants with terrace where you can enjoy the typical Menorcan cuisine, and summer nights in a sought after ambience by the sea..